I need to see how characters and systems in computer games demonstrate the distribution of fictional items and information.
I need inspiration for distribution. I make shit and just hoard it because no one likes it as much as I do. 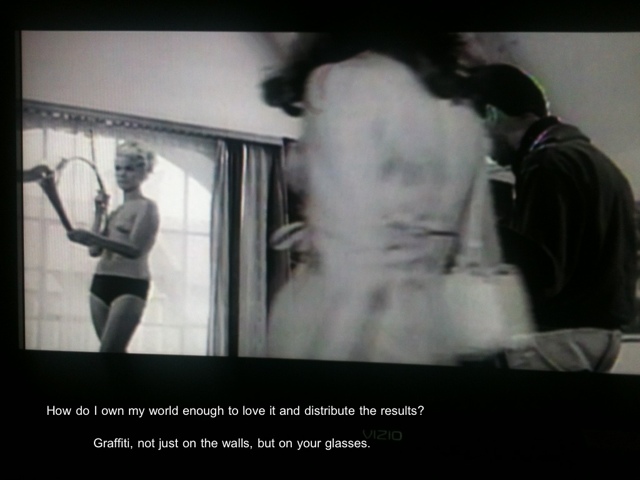 Posted by clydebink at 5:15 AM No comments:

This could be useful. 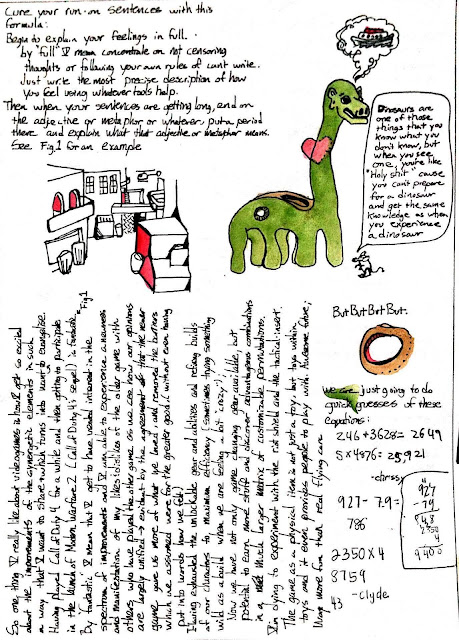 Posted by clydebink at 8:01 AM No comments:

Email ThisBlogThis!Share to TwitterShare to FacebookShare to Pinterest
Labels: Test

I woke up this morning humming Magnetic Man's "Boiling Water" and giving chin pets to the cat.I thought about how I don't go to work until 12:30, there was so much I could do in that time. Lately, I've been wanting to change routine, not because I don't enjoy the current one, but because I feel a bit stagnant. I rarely wander aimlessly these days, and I suspect that I'm missing out because of it.
So after looking at free swim hours at the nearby aquatic-center and deciding against them, I got up to make myself some boiling water. I like to wash dishes while I'm heating coffee on the stove; it makes it less likely that I will forget I have a point of ignition in the house. So as I was washing knives and such, I had a great idea.
I don't want to get too detailed, because I'm saving the effort for its own page, but the synopsis is that the inconsiderateness of thinking you know how people should behave is required in order to get involved with their lives. Rescuing babies from exploding meth-labs requires the same skill set as instituting gun-laws. That's the synopsis. For our purposes, we will refer to this as idea #1.
For some reason, the high I get from a great idea encourages ideas of similar worth immediately afterwards. In this case, it brought to mind a realization I had last night as I was falling asleep. Idea number #2 is a perspective which clarifies a loose concept I've been working on involving how organizations of people are actually sentient creatures. I've played with the idea of visualizing this organism as a jellyfish or the illusion of a face seen in a metropolis when looking in a certain direction from the right street corner. I've had a hard time distinguishing the accountability of the individual people within the organization and the personality of the system itself. But last night, my near-sleep allowed me to hallucinate a picture of it. Visualizing this concept as a person in a mech-suit who is trying to caress someone else, solidified my understanding. I'm also trying not to get too involved in explaining idea #2 in this essay because I want to make a page for it too (full of water-color diagrams and such).
So there I was working on ensuring a cup is clean, with idea #2 on mind and idea #1 is no longer retrievable. I have no idea what idea #1 was, I just remember that it was awesome. When this occurs, I focus my thoughts by staring off into space (kinda keeping my eyes open, but ignoring all visual input) and asking myself (with a voice in my head that uses words and syntax, but never verbalizes) "what was the first idea. what was the first idea?"
I panic when I consider the possibility that this exercise will forget idea #2. So this I use the same non-vocal inner voice to summarize idea #2 a few times. I basically choose two words to name the concept in such a way that the name will be able to recall the entire idea. I think it was "robot-suit" which wouldn't have worked over a long period of time, but I was confident that it would remind me in the next 5 minutes. So then I go back to asking myself "what was the first idea, what was the first idea?" At first it didn't seem like it was going to come back, I tried to think about what I had been thinking about at any point during the dishwashing, hoping that it would intrinsically lead me to the same idea I had had before. It did, and I recognized the idea that effective charity is invasive, as soon as in non-vocalized.
I was concerned that I wouldn't remember either of my ideas by the time I finished washing dishes, and I didn't want to dry my hands to write it down. I created a two-word term for idea #1 in the same fashion that I had made idea #2 "robot-suit". I compromised on "charity polices" and then tried to combine the two concepts into one sentence. I was lazy so I just said "robot-suit versus Charity's policing." like it was a wrestling match or something. Then I made my coffee and opened up this blog so i could tell y'all what happened. hopefully I'll make full pages for each later today.
Posted by clydebink at 8:01 AM No comments: 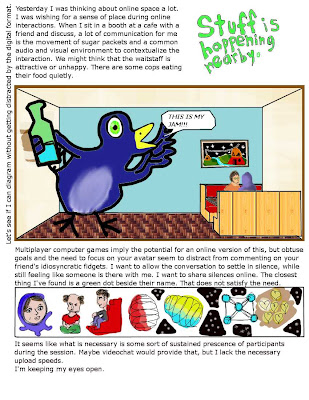 Posted by clydebink at 9:11 AM No comments: