"ah" he said, "that's when the beauty of the system kicks in."

I shook my head because I knew he was right. Before I had even realized it.
Spoiler Alert: the system of which the first character speaks, might not be referenced later.
"what system?" I asked.

It took a moment for him to get a grasp on the answer. He initially had enough to believe it, but it was going to take some effort to communicate this 'system'.
"Imagine that you are water; you are not a water-molycuel; nor are you a large river. You are neither of these, but water you are. You are water enough that you can climb a pipe, see."
I could see what he was saying, I could imagine this: myself = water. "what am I doing now that I am water? Walter."
"you are spending money."
I was just as confused as you are, so he expounded: "It's like you are on a shopping spree, a guiltless shopping spree. You have no bills to consider and you are somehow comforted completely when considering the means of production that was required for the items in your basket. You are carried away by Mercury, the god of Commerce. Toys from your childhood that you do not recall until 'here it is' on the shelf of this store in the coolest mall you've ever been in on an island with a perfect climate. It's like a dream though, not a wish. You have the demeanor (understood and witnessable) that if you were to Think of ice-cream, it would not increase the chances that it would appear, though using it as a example of a wish suggests that it would be located in the same pool from which dream items come."

"What does this have to do with a system?"

"Well you are shopping guiltlessly, but the system is kicking in. You are moving, emboldened by energy and verve (because you love shopping), but that energy is being used in a very specific way based on the design in which you inhabit." Walter seemed satisfied.

He shrugged "I don't remember what we were talking about originally." But it must have involved a system kicking in.
What were you talking about before I said "that's when the system kicks in?"

I didn't know. but that wasn't what he said so I corrected him. "You said 'that's when the beauty of the system kicks in."

"I don't really remember, I just thought that if I said so, confidently, it would come to be." He grinned.

NEW IDEA
So I told Walter that since it's often more difficult to start from scratch than to edit and improve, we should pretend that we were talking about something specific. Trying to figure out what we should start with posed an entirely new problem.

Walter: "Let's think of a system. What's something that comes to your mind when you think of a 'system'?"

Walter: "ok, yeah, we should avoid that example because we just used it to describe the lust-like movement of the scale-unit through the system. If we start tossing the m-concept around again, then we will become confused as to what we were saying before and what we are saying now."

Me: "Let's not run from it, let's embrace the possibility of recursion and caution ourselves from the labyrinths of mis-identification."

I told him that that's why he loves me.
Posted by clydebink at 8:51 AM 2 comments: 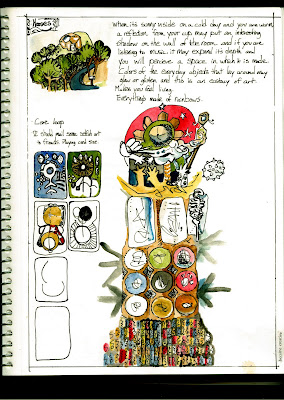 Posted by clydebink at 12:30 PM No comments: 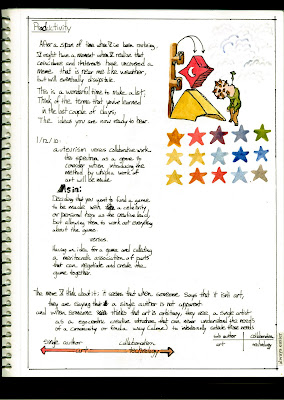 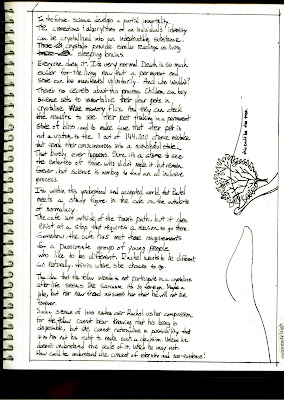 Posted by clydebink at 12:26 PM No comments:

Email ThisBlogThis!Share to TwitterShare to FacebookShare to Pinterest
Labels: everything's made of rainbows, short story 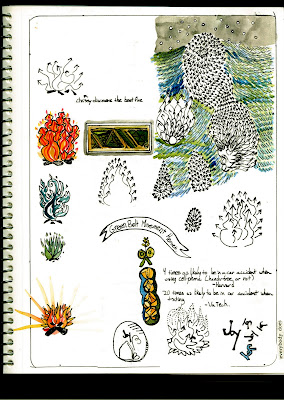 Posted by clydebink at 12:25 PM No comments: 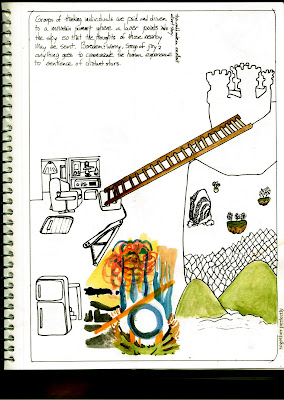 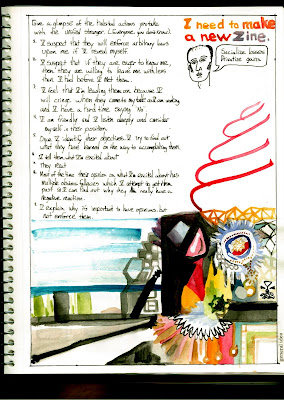 Posted by clydebink at 12:21 PM No comments: 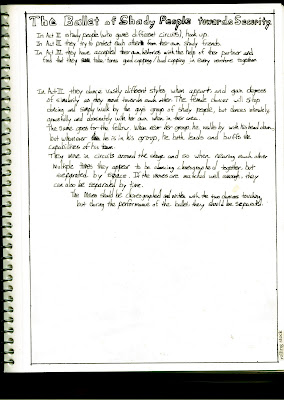 Posted by clydebink at 12:20 PM No comments: